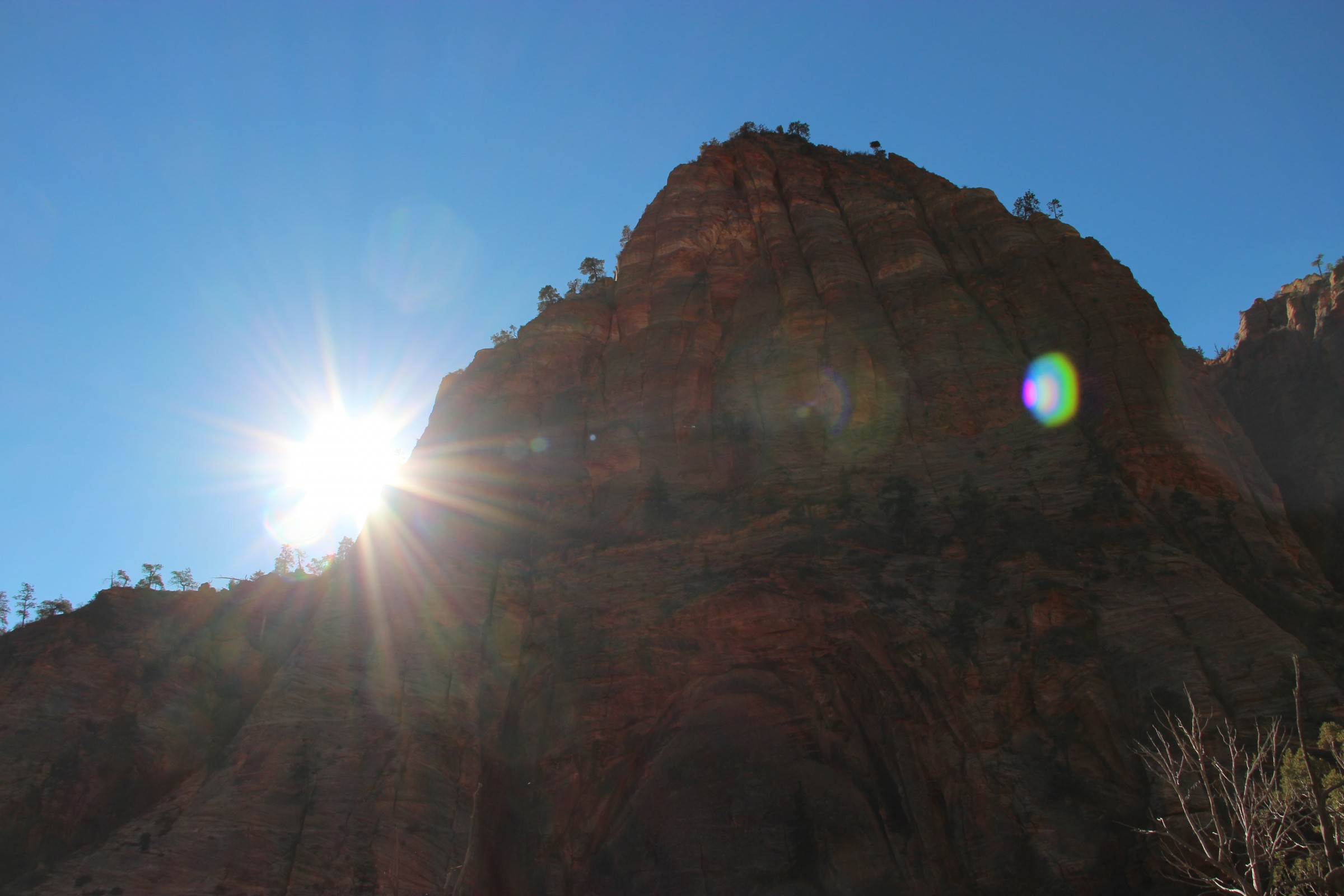 I’m a goal setter. Not everyone is, but it’s something I enjoy doing. Goals give me purpose and drive, and help me get closer to the lifestyle and career I want in the longterm.

While some people eschew goals entirely, research shows making progress toward your goals can improve your well-being and happiness. This effect only applies, however, if your goals align with your own psychological needs. Which means making progress on a goal someone else set for you that you don’t care about won’t bring the same bump in happiness that a deeply personal goal would.

But making progress on our goals isn’t a simple task. Being a regular goal setter myself, I know how easy it is to plan goals and then forget them entirely, or feel disheartened when I don’t make progress on them.

It turns out, this struggle might not be because we suck at achieving our goals, but because goals themselves suck.

Why our goals suck

During the research for this article I was surprised by how often I came across a similar argument: that goals suck. While some people eschewed goals altogether, and others suggested goals should be just part of our attempts to improve or change, most agreed that goals alone are a terrible solution to trying to change your work or life.

Startup founder and investor Kevin Dewalt says when we set goals we’re trying to predict the future. “Goals are an illusion,” he says, “don’t waste your time making them.”

According to entrepreneur and writer James Clear, the problem with goals is more to do with how we see ourselves when we set goals. Goals tell us we’re not good enough, he says, but we will be when we hit that goal. Because of this mindset, goals create a yo-yo effect, where we try hard until we reach our goal, then give up on all those efforts when there’s no longer a goal to motivate us.

When you’re looking for a new job, for instance, you might spend lots of time and effort learning new skills or building side projects to make yourself a more attractive hire. But as soon as you get the new job, your time and attention is focused on learning the ropes and you stop making time for those extra activities.

The same thing might happen with a fitness goal, such as running a marathon. While you’re training for the marathon, you’re running all the time and watching your diet, but as soon as the race is over, your motivation for those behaviours is gone.

There’s a common view that we can achieve more, and do so more easily, through habits and systems rather than goals. Let’s explore how the two approaches differ.

How to replace your goals with habits and systems

A great example Clear uses to illustrate the difference between goals and systems is an athletic coach. The coach’s goal might be to win a championship, but their system is what the team does at practice every day.

While you can use these in conjunction, Clear suggests that you can also achieve great results using systems without goals. For instance, when he wanted to improve his writing and build up a bigger audience on his blog, Clear made a commitment to write an article every Monday and every Thursday. That was his system.

He didn’t have a goal, but when he looked back on twelve months of using this system, Clear had written 115,000 words—enough for two books.

Perhaps most important, Clear points out that a system like writing an article every Monday and every Thursday is more achievable than a big goal. Imagine setting a goal of writing two books in a year. It’s overwhelming just to think about. But writing two articles every week is doable, and leads to huge gains over time. Setting up a system requires a smaller commitment than a big goal, which makes it easier to commit to.

Writer Mark Manson has a similar point of view to James Clear, though he suggests adopting habits, rather than goals. Manson uses a financial analogy to explain why we so often go wrong with goals. There are two different mindsets to money, says Manson, which both apply to personal change, as well.

In terms of changing our behaviour, Manson says we rely on these same mindsets. A goal to lose 20 pounds by summer, for instance, “is a shitty goal to begin with. That’s because it’s borne from the same spending mindset that keeps people broke—or in this case, keeps them overweight.” The reason the spending mindset is so harmful when we’re trying to change our behaviour, is because it frames life “in the overly-simplistic terms of ‘Do a lot of X, eventually get Y.'”

New Year’s Resolutions are a perfect example of the spending mindset at work. We tend to pick big goals at the start of the year, try to put in huge amounts of effort to achieve that goal, and eventually (often before January is over) give up. “Eventually,” says Manson, “your energy and discipline run out and you fall right back to the same person you were, except now you feel defeated.”

Investing, on the other hand, is a mindset that focuses on getting more out of what you put in.

Unlike the approach of spending X effort to receive Y reward, a habit mindset is about investing effort that provides rewards, and then re-investing those rewards. Here’s how Manson describes the difference between goals and habits:

Working with habits or systems helps us build healthy behaviours that, in turn, help us build further healthy behaviours. The compounding rewards from habits and systems can lead us to positive change, whereas goals leave us frustrated and defeated.

But if we want to use habits and systems to achieve our goals, how can we improve the way we set those goals in the first place?

How to set better goals

Being a goal setter myself, I like the idea of using habits and systems alongside big goals. But I can’t ignore the fact that goals do fail often—especially the big, exciting, New Year’s Resolution-style goals that are so much fun to set and dream about.

So let’s look at some ways to improve how we think about goals.

Set goals you can control

I’ve seen many people fail at goals for this reason. The problem is that we often want things that we don’t have the power to achieve on our own. For instance, wanting a job at a particular company is something we might set as an ambitious goal, but we don’t have control over the final decision of whether or not that company hires us. Which means we could do everything we possibly can to achieve that goal and still fail, because it was ultimately out of our control.

A better goal would focus on what we can control, such as building side projects, updating your website or portfolio, submitting job applications, or learning new skills.

Choosing a goal you can control means it’s entirely up to you whether you achieve it or not.

An easy way to get off-track when setting goals is to set too many at once. Marketer David Ly Khim shares a strategy attributed to hugely successful investor Warren Buffett to prioritise your goals and achieve more of them.

To start with, Buffett suggests making a list of 25 goals you want to achieve. Then, go through your list and circle only the top five most important goals on that list.

These five goals become your focus goals: the ones you work on every day. And the other twenty? Buffett says to ignore them. Without focus, he says, you won’t achieve anything. You’ll make tiny progress on lots of things, and won’t be any better off.

By focusing on just five goals, you can channel your efforts into achieving those goals faster, since your attention isn’t split between lots of goals. And in Khim’s case, this focused approach helped him achieve most of the other twenty goals he’d set, without even consciously working on them.

Re-evaluate how your behaviours affect your goals

A common pitfall when it comes to goals, according to research, is that we fail to understand the effects our behaviours have on our goals.

We tend to overestimate how big a difference our behaviours make when we’re actively working on our goals. Going for a run, for instance, seems like a huge progress step for our health goals, but in the long-term, that single 20-minute run won’t add up to much.

To make matters worse, we tend to underestimate the bad effects of our behaviours that don’t support our goals. For a health goal, that might be eating a slice of cake or having a second helping at dinner. These actions seem small in our minds, but they can have a much larger effect on our progress towards that goal we set.

So if you find yourself struggling to hit your goals, take a more honest look at the behaviours that could be holding you back, and the ones you’re doing to make progress.

A surprisingly easy way to boost your motivation to achieve a goal may be to simply change the way you describe the time frame you’ve placed on that goal.

Researchers tested how we respond to different timeframes by giving a survey to 1,100 Americans asking them when they should take a particular action (for instance, starting to save money) based on a future event (in this example, retirement). When the survey framed the upcoming event in terms of days, rather than years, participants said they would start saving four times sooner, even though the actual period of time was the same.

For some reason, we see 3,650 days as a smaller, more urgent period of time than ten years, even though they’re actually the same.

Daphna Oyserman, a psychological scientist at the University of Southern California says this is something we can use for ourselves when setting goals:

This is a new way to think about reaching goals that does not require willpower and is not about having character or caring.

Whether it’s days, weeks, or months, try reframing your goals in smaller units of time to spur your motivation to achieve them.

I’ll continue setting goals, because I love doing so. But by using the ideas of habits and systems alongside goals, as well as improving how I set my goals, I expect I’ll be hitting a lot more of them in the future.